When you stare into the beautiful black woman’s eyes you stare into an infinite soul that is like starring into a parallel universe. A beautiful Black goddess has no flaws. She is perfection wrapped into wonder and astounding.

Most black women have a good complexion, best shapes, but overall my experiences have been disasters, with some pretty ones too…..too narcissistic n condescension…Sorry but there’s very little good to say about black women….!! I love how I do not have to explain the explanation to black women, they just understand what is going on.

Humans are obsessed with flesh (seeing/showing) especially in this day and age of free-flowing info. I believe the Black woman to be the greatest creation ever made and that’s in the nude or fully clothed.

Many of them think that’s all we like. I went on a date with a nerdy black woman in college that dressed classily and spoke with respect when I approached. And when we finally went out on the first date she came with booty shorts and a top above her stomach. She thought that was what I would like. I was turned off.

It looks good at home or if your single trying to catch a fish. I don’t want a woman to bring in my proximity that “type” of attention. It’s obvious the less you wear the more men look. It’s repealing of what we should be working up to see personally but we get it publicly and so does everyone else. Why do individuals want to share their intimate side with everyone? I don’t understand. I’m trying to word my thoughts right but it’s hard to explain in short. 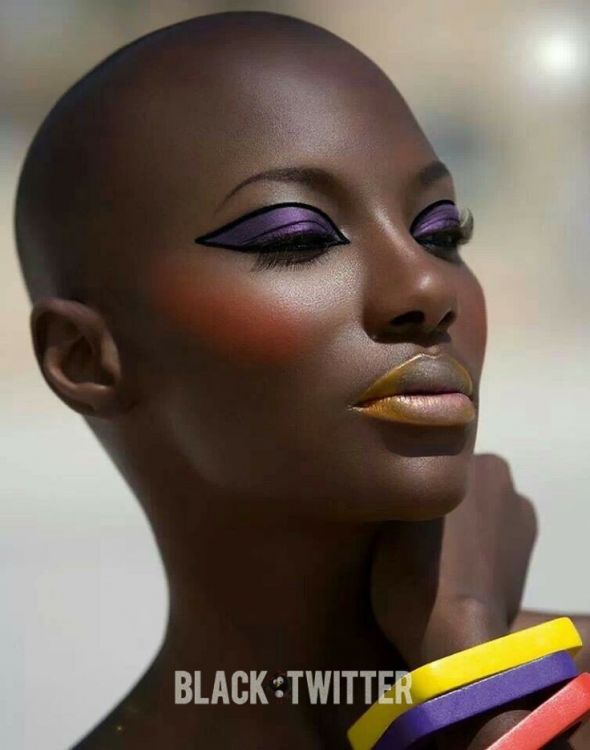 I love me some black women too. Nude or clothed. Which is why I also notice these type of mindsets always provide women nude or in bra and panties as an image for the caption “black women are beautiful” well duh but why is it commonly subjected to bra and panties. Do they not look beautifully clothed casually or professionally. It’s obvious a woman look good in fewer clothes or nude.. we men. What’s not obvious is why when those like-minded individuals caption such a phrase the image is commonly portrayed by black women in bra panties or less.

I’m not even thinking about the focal aspect of degrading. She looks hella sexy to me. I’m just trying to find a balance understand as to why such an image is the go-to for saying black women are beautiful. It’s like a person saying black men are successful but only show drug dealers and never business owners or corporate jobs etc. What is the true implication of such a presentation?  Something is offset.

These ideologies have stemmed over the years both contributed by men and women. For E.g. If men say they want more half-naked females, insecure or alone females will happily oblige. It’s the acceptance some women crave.

Look at the ’60s how sexist it was. Women had a certain aesthetic they had to follow in order to have a husband/ find one. You had to look desirable.

If all you see is half nakedness around you and you see people getting attention from it, some people will give in and do it

I’m not saying it’s right but it’s sometimes how it be.

The Jackson’s sure are talented but refuse to have full black kids.

When I say black folk is coming for my neck!!! Man oh man, you better not dare say anything about blacks having kids with non-black folks. Like what’s wrong with us? All this love is love and we in a new time and everyone is biracial crap has got to stop. We gotta stop being so blind, foolish, and easily lead astray. Black man black Women black kids for me!!! It’s true tho and looks at their features and hair when they made money they left their blackness behind. Jennifer Lopez as well, she looked like a light-skinned person, she had black features, now she looks European.

This just goes to show that Michael Jackson’s self-image issues stemmed from a whole family of dysfunctional people. To this family, there is definitely something wrong with being black.

Janet would only be considered smart if took those millions and helped the Black community with it. Until then she, Serena, Venus, and the rest will be bed wenches in my eyes. What’s sad is she doesn’t claim her 75% black daughter who is now a full-grown woman, claimed to be her niece. She also looks exactly like her.

Only black people think it’s the new cool thing to do..they tryna get rid of our race and most of ya falling in line.. color matters Other Races love their own and it’s ok…so it’s ok for us to love our own.

Because the masses of Black folks are stupid as hell. That’s why we’re the conditions we’re in now, Black people will accept anything. There are no cultural morals at all. Just makes it more frustrating for the 1% of us who see the reality of what’s going on.

You dealing with post-op trained negro syndrome. Several provocative white racists believe that erasing us by breeding us out would be the way to defeat and they were right. We would prefer the predominant race’s features hair texture and color over our own. Not many people want to be black. They like Precious fat ass praying for something better than what they perceive they are. All they Jackson’s are color struck and it came right from their punk-ass daddy.

I get what you’re saying about the Jackson’s. I do. However, I am mixed. I. Panamanian black and white. So I don’t usually claim that I’m white. However, my sister is white I have a white aunt. I have to embrace them but they knowledge I don’t claim to be white my kids are by black men which makes them more black than me however we are all black. So I don’t see what the issue is. I don’t think we mixed kids should have to choose however I did bc as a child growing up in Baltimore county we were forced to choose a side or be bullied and I was tired of being bullied.

Mixed kids and Plastic Surgery for Dem Jackson’s. Ojay. And that Damn Crazy Looking Jermaine who married his own brother’s woman and had kids with the same woman his brothers have kids by. Them fools are NUTZ!

Michael has a black son. His name is Branden and Micki Howard is his mother. Janet has a black daughter with James Debarge. Jackie Jackson has black sons also. They have black children but they're older.
And to each his own, we never know what they went through being who they are.

Do Plus Size Women Have Just The Right Curves?

Most Beautiful Black Women Are Ebony Portraits Of Beauty