2.8k
SHARES
21.4k
VIEWS
Share on FacebookShare on Twitter
Enjoy The Most Beautiful Black Women all day every day!

Why Black Women Should Be Rated Most Beautiful

A journalist, Satoshi Kanazawa, posted an article on Psychology Today to impose a study on “Why Black Women are Rated Less Physically Attractive Than Other Women” and I, among many others, was extremely appalled.

First it was the billboard hanging in NYC stating that the most dangerous place for an African American child is in the womb. Now this?! So, I am here to rebuttal that whole racist and stereotypical article. I will share why in my social and psychological judgement, BLACK WOMEN MAY BE RATED MOST ATTRACTIVE.

With that said, Black Women May Be Rated The Most Attractive because:

1) Beautiful Black women’s STRENGTH. Black women have endured so much and still persist to do better. Black women don’t give up in the face of adversity and approach life fearlessly, no matter how much we’ve been threatened and devalued.

10) Beautiful Black women are CONFIDENT, no matter who tries to tear us down, Black women don’t ever stay down.

11) Beautiful Black women are FIGHTERS. No matter what challenges stand in our way, Black women fight to find a way past it. We don’t settle and certainly don’t fold.

12) Beautiful Black women value our LOOKS. Black women are always researching new ways to keep our body, skin, nails, clothes, weight, and hair on point. Black women put great value in our fashions and appearance making sure we achieve the look that best represents how we feel inside.

16) Beautiful Black women live, love, and LAUGH. We like to hang out, be with family, be out on the town, and enjoy the joys that life that has to offer in Black women’s various ways.

17) Beautiful Black women have FAITH. Although Black women may all have chosen different paths to our faith, Black women have a spiritual relationship with God that gives us the strength to keep on persisting through every challenge that comes our way.

18 ) Beautiful Black women are TALENTED. Black women sing, we dance, we act, we play instruments, we play ball, we write, we draw, we step, we swim, we design, and basically find some valuable skill in ourselves that we can someday call a talent.

19) Beautiful Black women are OPEN-MINDED and aren’t biased toward other races of shows, music, movies, books, people, etc. Black women weren’t raised to be that way, but understand how we are viewed by others and are always aware of that. Black women keep an open mind toward all others while trying to maintain our self pride and defenses in the midst of other races.

20) Beautiful Black women  RESPECT ourselves. Black women will never allow anyone to degrade our race to our face. Black women respect ourselves and our people and will always stand up for our cultural rights. Black women love ourselves no matter what Black women were conditioned to think and feel about being Black. Black women honor our ancestors and all their struggles seen and unseen. Black women believe in our achievement, our success, and our race someday overcoming all our adversities. Black women know what respect is and we demand it.

What do you think makes Black Women attractive? 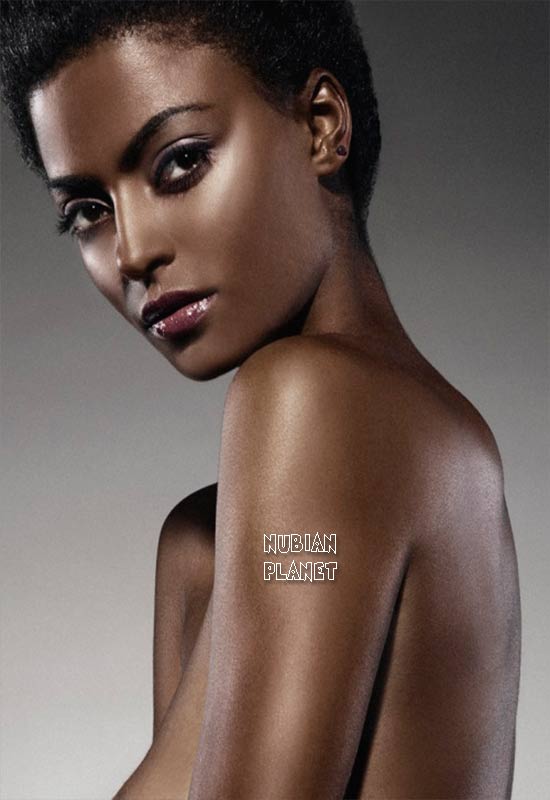 Most beautiful black women. She is an American actress, former fashion model, and beauty queen. Most beautiful black women, Berry has received Emmy and Golden Globe awards for Introducing Dorothy Dandridge and an Academy Award for Best Actress in 2001 for her performance in Monster’s Ball, becoming the first and, as of 2009, only woman of African American descent to have won the award for Best Actress. She is one of the highest-paid actresses in Hollywood and also a Revlon spokeswoman.She has also been involved in the production side of several of her films.

Most beautiful black women. Beyoncé Giselle Knowles, best known anonymously as Beyoncé, is an American R&B singer-songwriter, record producer and actress. Born and raised in Houston, Texas, she enrolled in various performing arts schools, and was first exposed to singing and dancing competitions as a child. Knowles rose to fame in the late 1990s as the lead singer of the girl group Destiny’s Child. Knowles has sold more than 50 million records worldwide with the group.

Beyoncé Giselle Knowles, best known mononymously as Beyoncé, is an American R&B singer-songwriter, record producer and actress. Born and raised in Houston, Texas, she enrolled in various performing arts schools, and was first exposed to singing and dancing competitions as a child. Knowles rose to fame in the late 1990s as the lead singer of the girl group Destiny’s Child. Knowles has sold more than 50 million records worldwide with the group.

Most beautiful black women. She is an American supermodel, television host, actress, singer and businessperson.She first became famous as a model in Paris, Milan, London, Tokyo and New York, but television appearances were her commercial breakthrough. Banks is the creator and host of the UPN/The CW reality television show America’s Next Top Model and is co-creater of True Beauty.

Most beautiful black women. She is an American singer, songwriter, record producer, and actress. She made her recording debut in 1990 under the guidance of Columbia Records executive Tommy Mottola, and became the first recording artist to have her first five singles top the U.S. Billboard Hot 100 chart. Following her marriage to Mottola in 1993, a series of hit records established her position as Columbia’s highest-selling act. According to Billboard magazine, she was the most successful artist of the 1990s in the United States.

Most beautiful black women. She is a BAFTA- and SAG Award-winning British actress. She has appeared in a number of successful British and American films, including The Pursuit of Happyness; Run, Fat Boy, Run; Mission: Impossible II; Crash and W.

Most beautiful black women. She is an American singer-songwriter and actress. Williams made history on September 17, 1983 when she became the first woman of African American descent to be crowned Miss America. Williams’ reign as Miss America came to an abrupt end when scandal led to her subsequent resignation of the title. Williams rebounded by launching a career as an entertainer, earning Grammy, Emmy, and Tony Award nominations.

Williams is also well-known for her outspoken support of gay rights, having won the Human Rights Campaign “Ally for Equality” award in 2008.

Most beautiful black women. Angela Bassett is an Emmy- and Academy Award-nominated, and Golden Globe-winning American actress; She has become well-known for her biographical film roles portraying women in American culture, perhaps most prominently as singer Tina Turner in the motion picture What’s Love Got to Do with It.

Most beautiful black women. Alicia Augello Cook, better known by her stage name Alicia Keys, is an American recording artist, musician and actress. Born in the Hell’s Kitchen area of Manhattan in New York, she was raised by her mother and made a television appearance on The Cosby Show in 1985. She attended Professional Performing Arts School and graduated at 16. She later attended Columbia University before dropping out to pursue her music career. Keys released her debut album with J Records, having had previous record deals first with Columbia and then Arista Records.

Gorgeous Black Women From All Over

Commercials bombard women every day with images of them not being pretty enough, thin enough, hair long enough or light enough. Sisters, you are under attack by the corporate-driven media. Their intention: to sow seeds of insecurity and low self-esteem that will force you to spend collective millions on make-up, weaves and designer gear with the hopes of measuring up to a corporate-created false standard of beauty. Let the record show ladies that you do not need to fall into that trap because black women are beautiful – natural or otherwise.

Corporations are in the business of making money. The bigger the corporation, the more money they need to make. Corporations make no money from a woman who thinks she is already beautiful so the corporation needs to make you think you are ugly. They do this by bombarding you with TV, radio, billboard and internet images and messages that show a standard of beauty that is different from what you are.

“To be attractive your skin needs to glow” – BUY MY PRODUCT

Most Beautiful Black Women – The Buy-In. Don’t fall for it.

For better or worse men are simple creatures. Black men are no different than anybody else. Black men do not want fake boobs, fake breasts, fake hair and funky attitude. We just want an attractive woman without a bunch of drama.

Most beautiful black women look just as good in jeans and a t-shirt as they do in $10,000 Gucci jacket.

Most beautiful black women look just as good with an afro as they do with a $1,000 weave

Most beautiful black women look great with little or no makeup

Sisters, you have a natural glow and are the most beautiful women on the planet. You don’t need all that make up. You have strong and sexy bodies and built-in curves. Plastic body part additions are not necessary. A black man (or any man) will NEVER discount an attractive woman just because she doesn’t have designer gear. If he does you damn sure don’t want him anyway.

The media may do their best to shape our ideals of beauty but no amount of media manipulation can change the human condition. Most beautiful black woman has a fit and toned body, a feminine haircut and a nice attitude will attract all the black men you can handle and save you hundreds of dollars a month in the process. If you want to spend money on makeup, salons and hairdos, do it for yourself – not because the media tells you that you have to. Either way you go, always remember that you are the most beautiful black women – natural or otherwise.

The Most Beautiful Black Women – Weaves

How To Keep Love And Sex Alive

How To Keep Love And Sex Alive